It’s hard to think of a more progressive jumps racing festival than that of the Punchestown Festival, a meeting that was on its knees no more than 16 years ago but is now heralded as a true season highlight on both sides of the Irish Sea.

The turnaround was initiated by legendary Kerryman Dick O’Sullivan, who guided the course and this festival back into the limelight. Now there is 12 established Grade 1 races and well over €3 million in prize money on offer. Aside from those big figures, one of the main indicators of Punchestown’s success is its found ability to attract British participants on both sides of the white railing. Over 20,000 overseas visitors came to Punchestown last season (safely assuming the majority were from Britain) while there are over 50 British-trained runners among the entries for the first three days at the meeting. No other Irish festival can boast such pulling power.

This was significant because Fairyhouse is very much Gordon Elliott’s track, it’s less than 25 minutes from his Cullentra base, and in contrast to Willie, many of Gordon’s horses disappointed, perhaps showing the effects of a long season. None of Elliott’s 12 runners ever looked threatening in the Grand National and he sent out just two winners at Fairyhouse in all.

I was speaking to Willie for my day job this week and while he didn’t reveal anything earth-shattering with regard to his runners next week, he did make a few interesting observations on the state of his team.

“I think a lot of my horses have had really light campaigns in comparison to recent seasons,” he said. “So whereas before we’d be letting a few go off for their holidays, we could have more on our team this time around.”

If you’re an Irish trainer hoping for some success at Punchestown next week and that doesn’t spark some sort of trepidation, you’re a very brave person.

It’s still early days with regard to having a bet but declarations are out for three Tuesday Grade 1 races. The most interesting of the three races is perhaps the Dooley Insurance Group Novice Chase, a three-mile contest. You can understand why bookmakers make Delta Work favourite. He’s a dual Grade 1 winner already, including at this distance and he ran well at Cheltenham. However he’s had a long season and I’m not so sure the RSA Chase form is what people are making it out to to be. That could look a silly statement in time but there wasn’t much substance to the form of Topofthegame and Santini going into the race and it was interesting the former was well beaten at Aintree.

Earlier this week I was interested in A Plus Tard, who was sensational at Cheltenham and could be even better at this trip, but all the nice prices have been taken and at 2/1 he is well found in the market now. Instead, it might be worth taking a chance on the fresh Getabird who is just the type of horse to go well at Punchestown. He has only run twice this season but not due to any setbacks – because he simply has to go right-handed. He has three wins from four runs at Punchestown, he comes here fresh compared to his main rivals and it’s probable he has been trained for this all season. He is coming up in trip but I’d be happy to go with Willie Mullins’ judgement on that one, considering there were options for him to go over two miles later in the week, or take in the two-and-a-half mile Ryanair Novice Chase last week. At 7/1, he looks worth playing.

Klassical Dream is 4/5 favourite for the opening Grade 1 of the week, the Herald Champion Novice Hurdle, and rightly so after his excellent Supreme Novice Hurdle win. However there’s a significant weather angle to him in that Willie is worried about him over two miles on quick ground and was strongly considering a revert to two and a half miles in that scenario. With mostly dry weather forecast between now and Tuesday, he could just be vulnerable. I’m genuinely surprised to see Aramon available to back at 10/1 here. All of his best form is on quick ground and indeed he came within a head of beating Klassical Dream at Leopardstown on quick ground. With that in mind, the Supreme Racing Club-owned gelding ran two huge races at Cheltenham (5th in Supreme) and Aintree (2nd in Top Novices’) both on soft going.

It might be worth waiting until the day to play him here. It’s the second race of the week so the ground is likely to be well watered but it should be a quicker surface than Aramon has encountered on each of his previous two runs and at 10/1, he looks worth chancing.

With regard to the rest of the week, it’s difficult to pinpoint any one horse considering so many are double and triple-entered.

There are still a few worth pointing out though. Colin Tizzard and Harry Fry have had lots of success at Punchestown in recent seasons and both are back again. Tizzard sends over three, most notably Reserve Tank who will take on City Island, but more interesting (to me anyway) is Sizing Granite who will go back and try and win the Guinness Handicap Chase for a second time. He was out of form early in the season but recently returned off a 119-day break to run second to Born Survivor at Ayr. He will now return to Punchestown off just a 1lb higher mark than when he won this race two seasons ago.

Fry is set to bring over eight or nine and by far the most interesting is Minella Awards, another previous winner at this festival. He hasn’t been seen since November but that has been by design. He is a horse who goes well fresh and so has been saved for this meeting. He is in the three-mile Grade 1 novice chase on the first day but is far more likely to take his chance in one of the handicap chases over three miles or three miles and six furlongs on Saturday. His owner is Irish and this has been the plan all season. Watch out for him.

Finally, Henry de Bromhead looks set to run Poker Party in the two-mile-five-furlong Novice Handicap Chase on Friday and the Robcour-owned seven-year-old will be a huge player there. He has won his previous two races, both at Naas with the most recent success a contest that has worked out really well. Connections decided to swerve Cheltenham to come here fresh and despite racing off a 10lb higher mark, he has bundles of scope to progress again on just his eighth chase start. 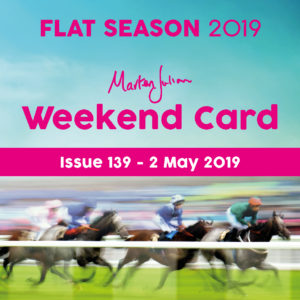